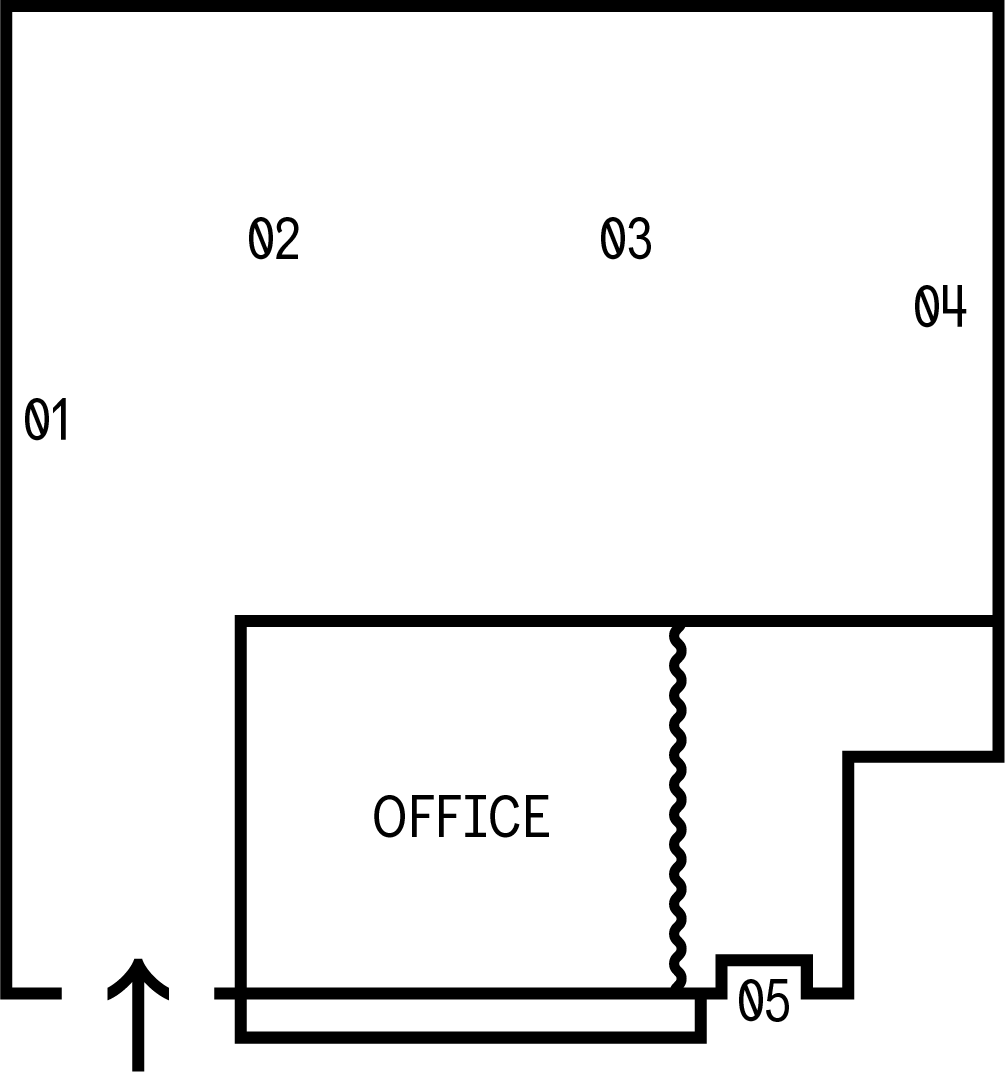 01. All materials from the personal archives of Patrick Jonathan

05.Matilda Davis, I’ll Leave a Secret in the Window for You: Painting Grotto

“This project takes the archives of Patrick Jonathan to show one man’s perspective of political and cultural activity within the Black African diaspora in Australia in the ‘80s and ‘90s. Collectively, people from the diaspora toured Jamaican artists like Peter Tosh, raised money for the Anti-Apartheid movement, protested around the country, and set up safehouses back on the Continent for people fleeing racist political regimes.” – Samira Farah

Drawing from personal history alongside archival research and set against the context of immigration and the anti-apartheid struggle,13 Years forefronts Black sonics within liberation and migration movements of the African diaspora. The exhibition explores the power of community and independent radio and provides a small window into the Black African political and cultural history in Sydney and Canberra during the 1980s and 1990s from a personal perspective.

In addition to the archival materials, contemporary artist and architect Guled Abdulwasi presents a moving image work titled The block, an architectural exploration of the inner-city housing estates in Melbourne. Abdulwasi examines the architectural form and composition of these buildings, as well as representing the diverse communities that live and have lived in the buildings over the decades.

In response to the personal archives of Patrick Jonathan on display at West Space, and the broader politics of Black sonics, lossless.radio collective have produced new talks and interviews, as well as curated a Black British radio archive. This archive will grow and change each Friday throughout the exhibition period, as the collective broadcast live from West Space.

Throughout the exhibition, public programs and events at West Space will function as a critical access point for community members. Each Wednesday evening, community members are invited to participate in a collective reading of Silvia Wynter, Jamaican novelist, critic, philosopher and essayist. Over 6 weeks, the Wynter in Winter Reading Group will read “Unsettling the Coloniality of Being/Power/Truth/Freedom: Towards the Human, After Man, Its Overrepresentation—An Argument.” On Fridays from 4-6pm the exhibition will be activated by lossless.radio. The community broadcast platform will explore diaspora sounds and Black British pirate radio, as well as DJing opening and closing celebrations, and more.

To the still nomads family

I’ll Leave a Secret in the Window for You: Painting Grotto
Matilda Davis
8 May – 30 May 2021
West Space Window

Matilda Davis’s I’ll Leave a Secret in the Window for You: Painting Grotto transforms the West Space Window into a Wunderkammer in a Grotto. Behind the glass of West Space Window, Davis’s paintings consider the contradictory forces within the sacred. The Grotto is a sacred place, where one displays artefacts, religious icons, objects excavated from the earth.

The buffer of glass reinforces sacredness, the paintings are perhaps too fragile, or cursed, to share oxygen with us. You can look, but through this thick mineral lens.

Natural Grottos occur in caves, carved out by the wind and water, a spot made for something blessed. Then carved by hand into marble walls of the Church, a spot for Mary and a candle. And now the Painting Grotto for objects made sacred by being there”

Samira Farah is an art producer and radio presenter. She is a co-founder of Melbourne based black african arts collective still nomads. She currently hosts The Score on Triple R. As an early career researcher, she is interested in the relationship between Black African visual and cultural production in Australia within the global African diaspora.

Patrick Jonathan is a Sydney based radio broadcaster. In the 80’s he co-founded one of Australia’s longest running African radio programs. He currently hosts Dial Afrika on East Side Radio in Sydney.

Guled Abdulwasi is a student of Architecture at RMIT and a multi-disciplined artist. As an emerging Architect, Guled aspires to better understand the connection between people and their environment. Guled’s design principles draw from the interaction between buildings and their natural environment, the influence of human social connections and their impact on space, to consider how these combined factors create memorable and unmemorable experiences.

Matilda Davis’s works are personal constructions imbued with peculiar characters, lush darkness and latent narrative. Extending from the magical realism genre, complex psychological landscapes composed of particular lexicons come together with forms of molten fluidity. Drawing her inspiration from a variety of sources, Davis is inspired by female artists associated with surrealism – such as Leonora Carrington, Florine Stettheimer and Frida Kahlo – who share her penchant for creating personal worlds. She has become increasingly interested in unpacking symbols, religion and spirituality and using imagery as a way of mapping out and understanding how they have shaped her world. With a background in theatre her works have a strong sense of theatrics both thematically and in how she constructs her compositions. Her works are performative, and she draws elements of this medium at different stages: a script, a draft, a rehearsal and the final act. Literature also weaves through, from fairy tales to The Secret Garden, Narnia and Enid Blyton books. Medleys of other influences from Kabuki (Japanese theatre) and stickers and miniature collectibles collections on Instagram are also present. With their fine details and personal symbology Davis’ paintings are rife for close viewing and contemplation.